The image of the Flower of Life is known in many ancient cultures and it is a popular example of sacred geometry. The relationships and proportions represented in the image can be found everywhere in nature: from the cellular to the cosmos.

The construction of the pattern on the landscape began in 2004. Limestone was used to construct the borders of the terraced pattern. Various medicinal herbs were planted within the “petals”. Natural energy vortexes that had been discovered previously fit into the pattern harmoniously. In 2021, the temple of Ishwara was erected in the centre. Each object and place of power in this Flower of Life sanctuary has its own unique influence and task that can be learned and used for self-development. 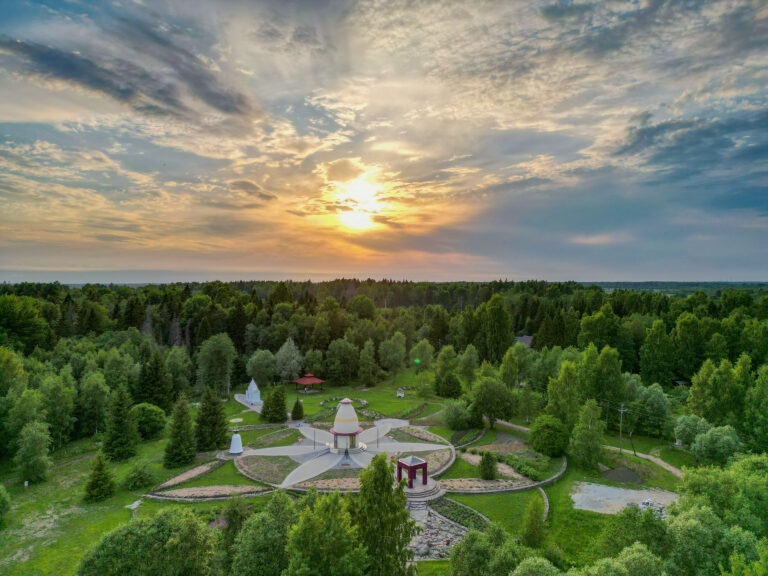 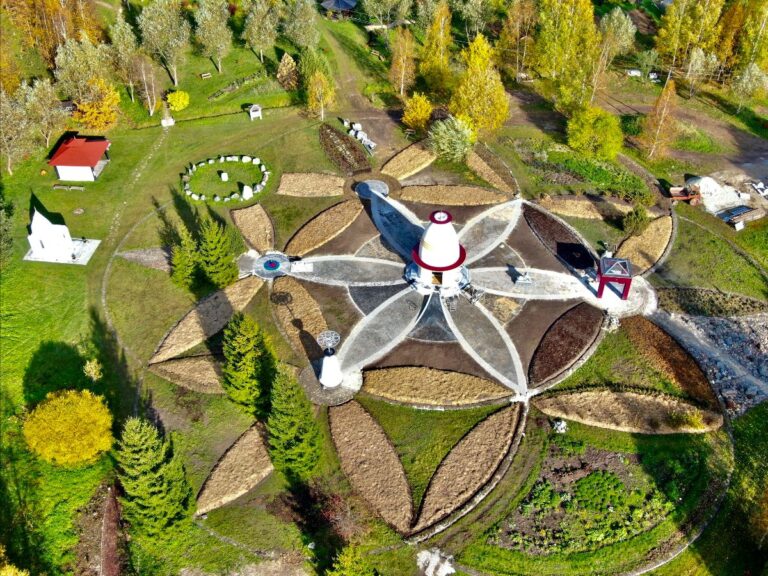 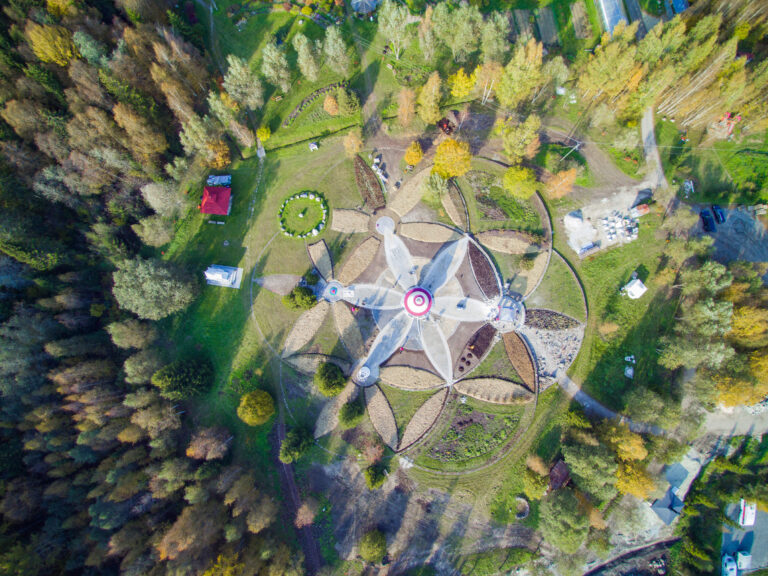 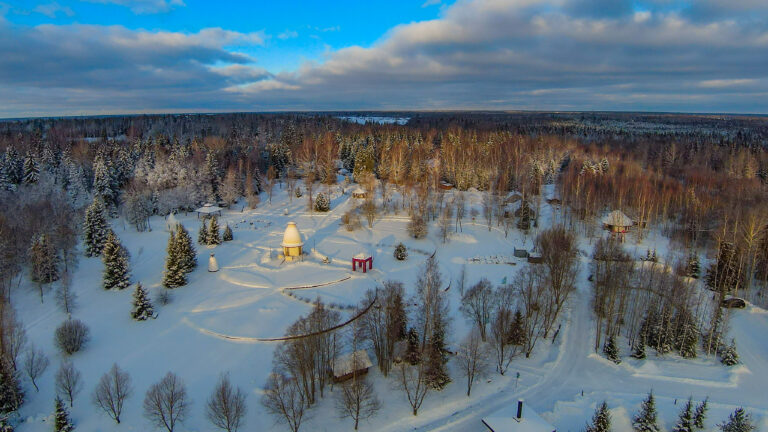 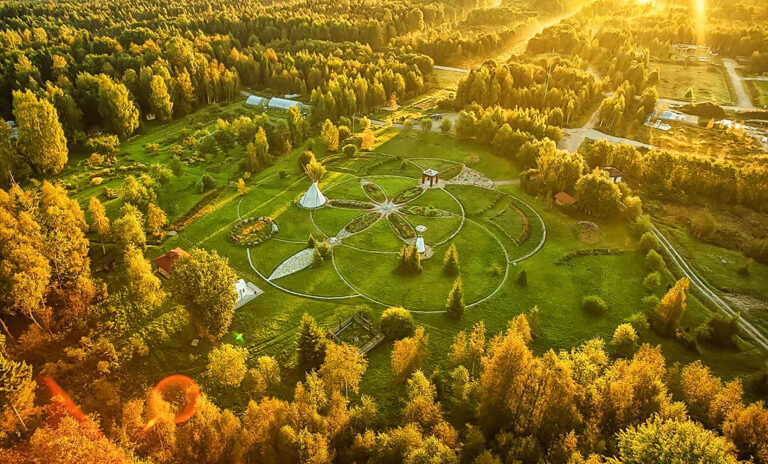 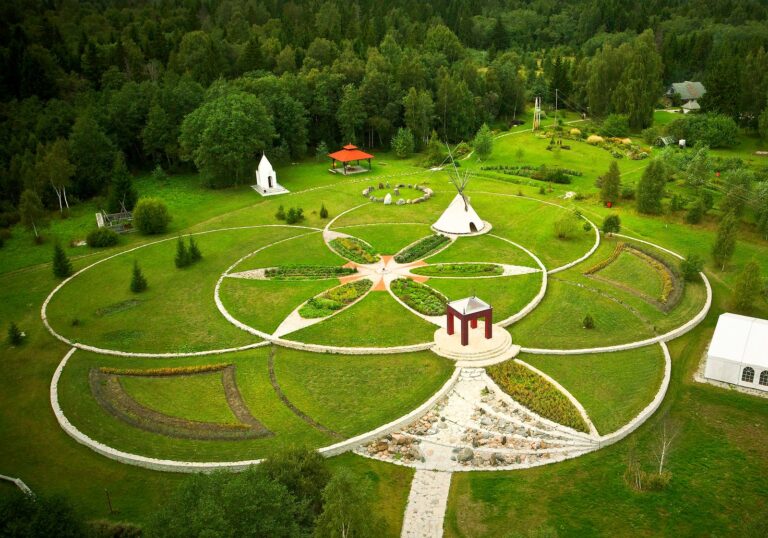