Within the Flower of Life structure, important power places are located. They help you make necessary changes to your life, help gain important knowledge and cultivate good human qualities. There are many shrines that fulfill various purposes here.

The main entrance to the Flower of Life sanctuary is the dark red Kali Gate. Ma Kali (Mother Kali) is the Sanskrit name for universal primordial energy. Kali signifies the mysterious principle of turning inanimate matter into living nature. It is a process that is still puzzling scientists. Right in front of the gate, inside the paving, you can see Kali yantra – a mathematical-geometric representation of the principle. When entering, take time to attune yourself and ring the bell. Listening to the sound will help you become present in the moment. 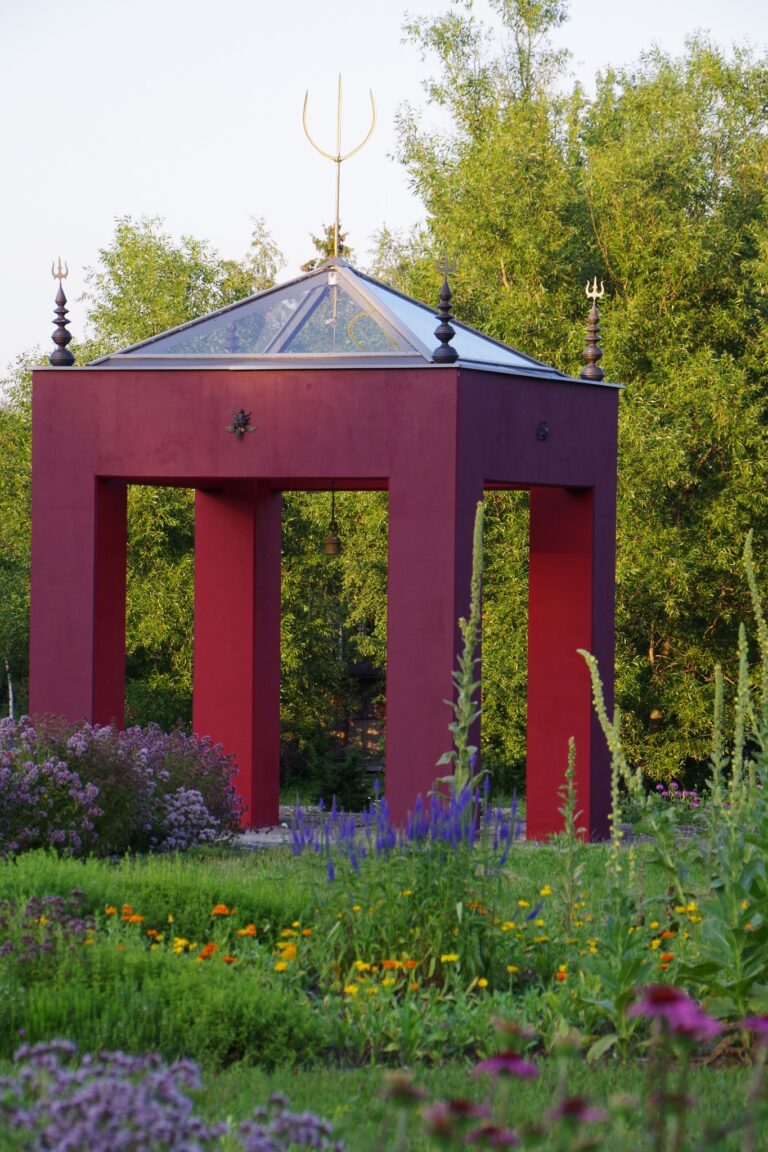 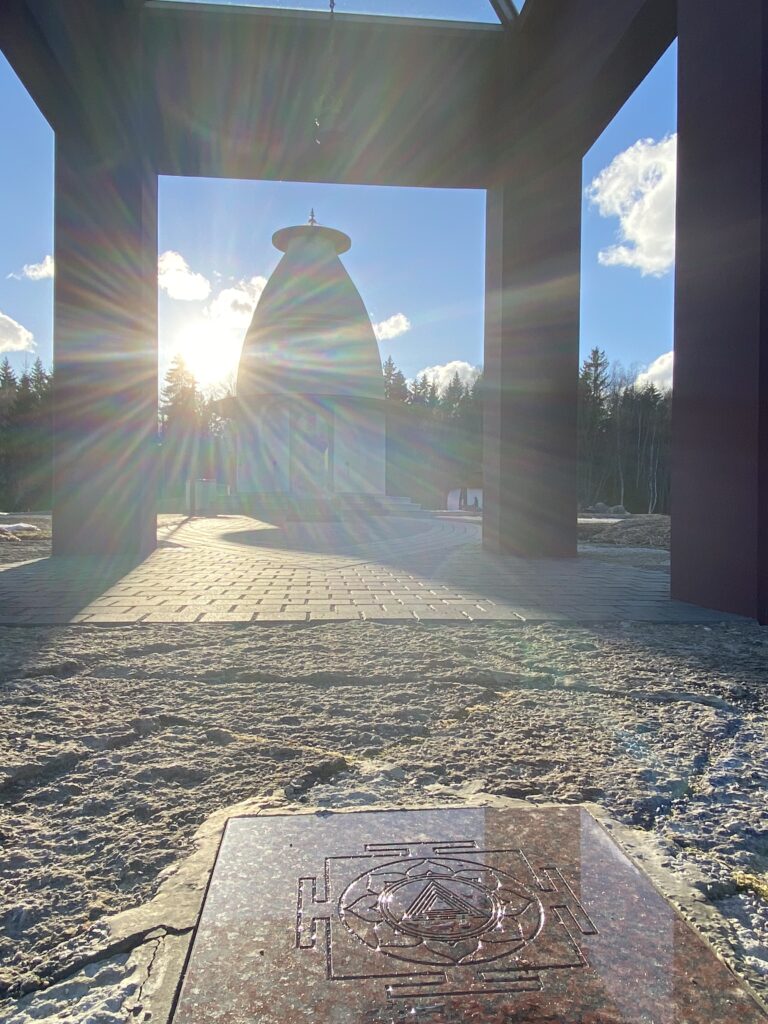 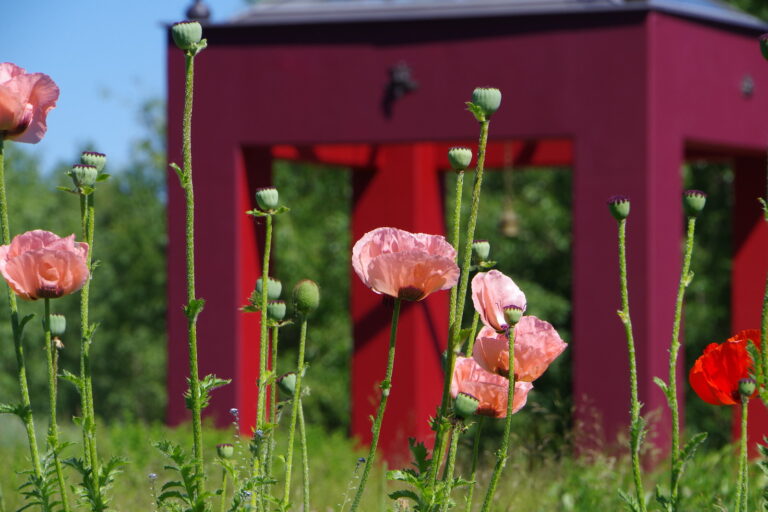 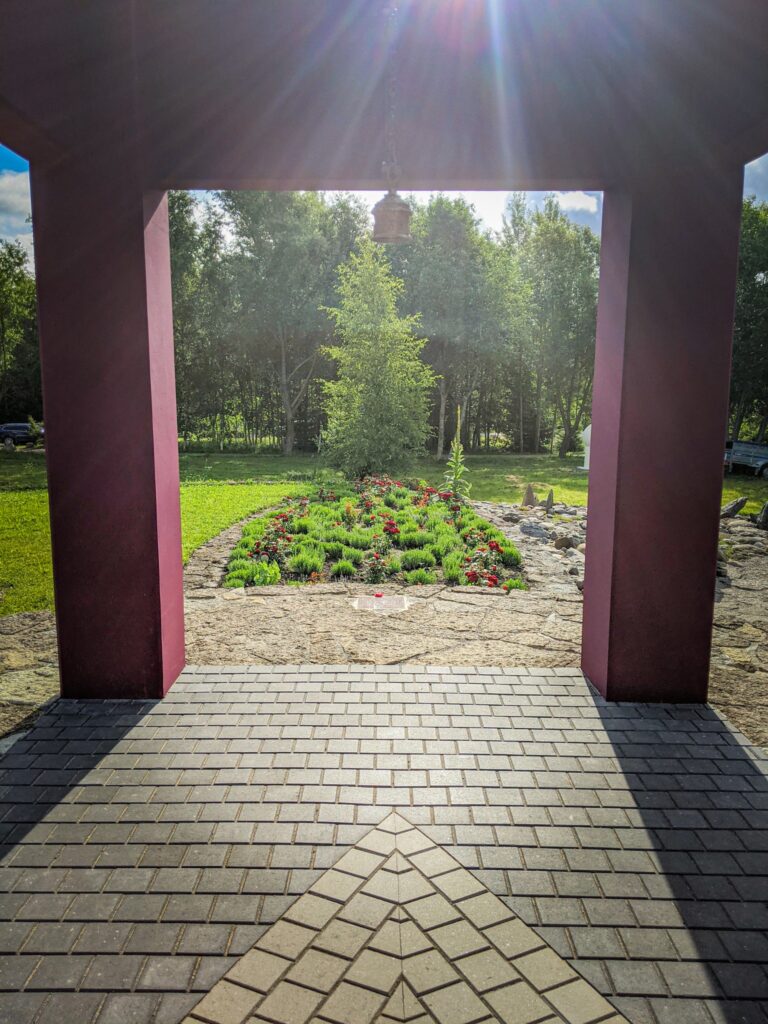 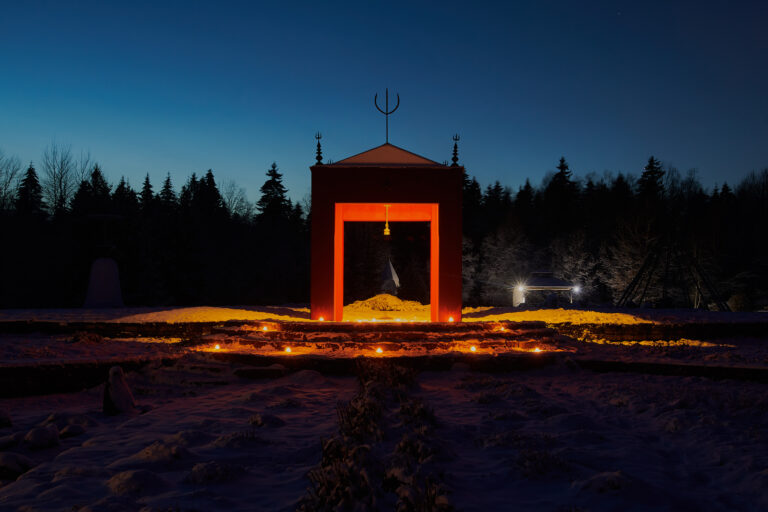 The Ishwara temple which opened in 2022 is located within the heart of the Flower of Life. It was created by Ishwarananda applying the knowledge of Tamil Siddhas. The temple is very unique since no shrine with similar function exists in the world. The Sanskrit word Ishwara refers to a starting point from which everything originates. Shivalinga, an oval black stone that is an ancient way of conveying infinity without beginning and end stands in the middle. Infinity is silently present here and it can touch and change you.

There are no prayers needed, no meditations or rituals in this temple. Just walking through the temple removes some of the obstacles in your life, also referred to as karma in Indian tradition. 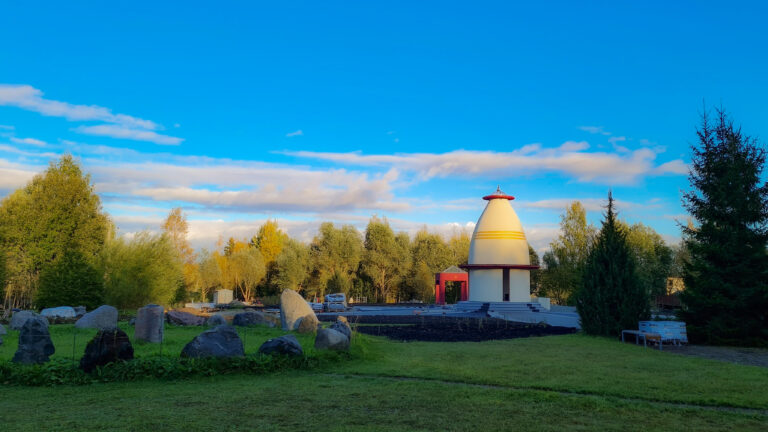 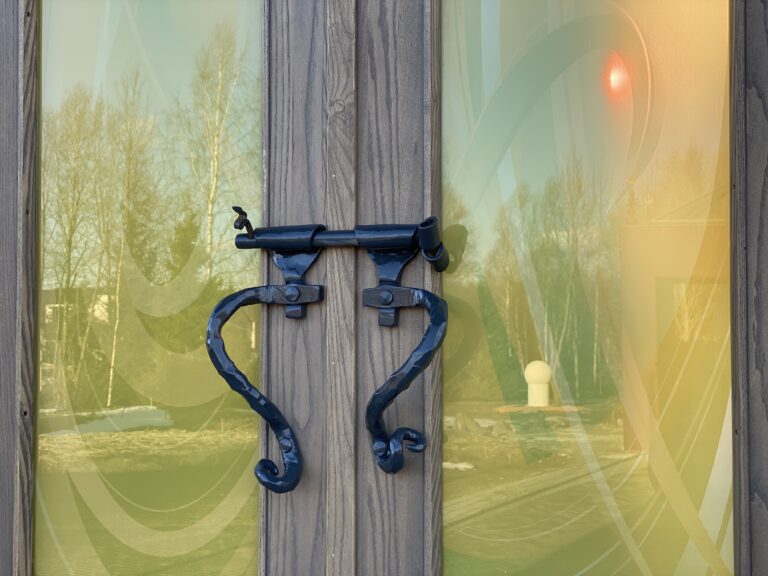 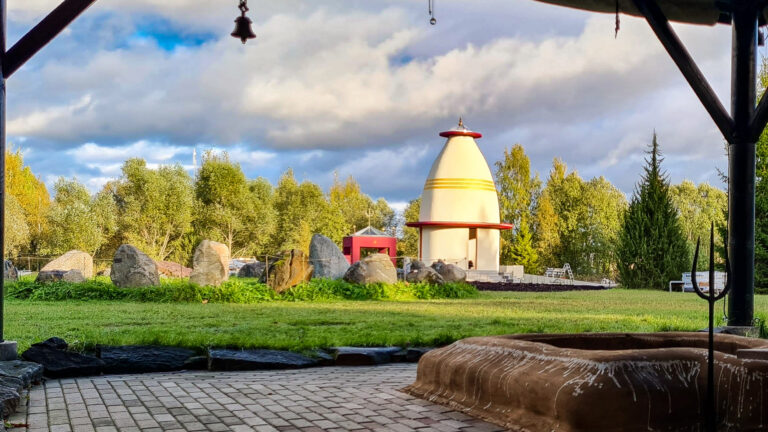 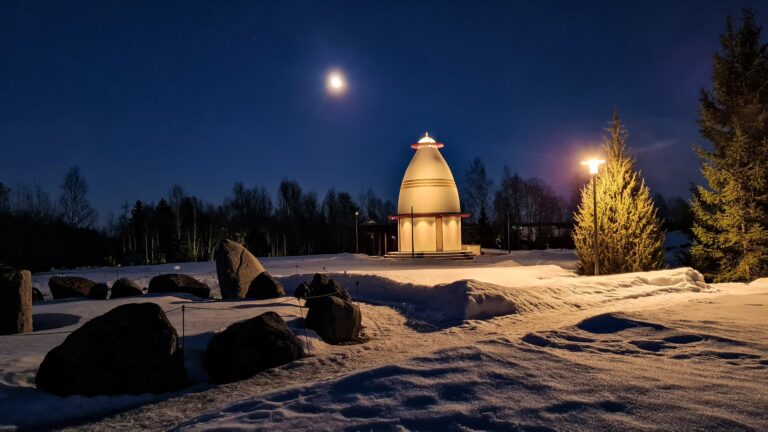 After passing through the Kali gate you will see a statue of a lying bull – Nandi. Nandi is a symbol that is thousands of years old representing unwavering concentration which is an important goal for yoga students. Traditionally, Nandi always looks toward the center of the shrine. In front of the Ishwara temple, however, Nandi looks the opposite way.

Traditionally one goes to the temple to pray and ask for blessings, healing, prosperity or happiness. The temple here was created for a different purpose: to give away, let go rather than obtain something.Therefore Nandi here symbolizes a soul freed from burden, with his gaze turned towards new beginnings that are dawning from the East. 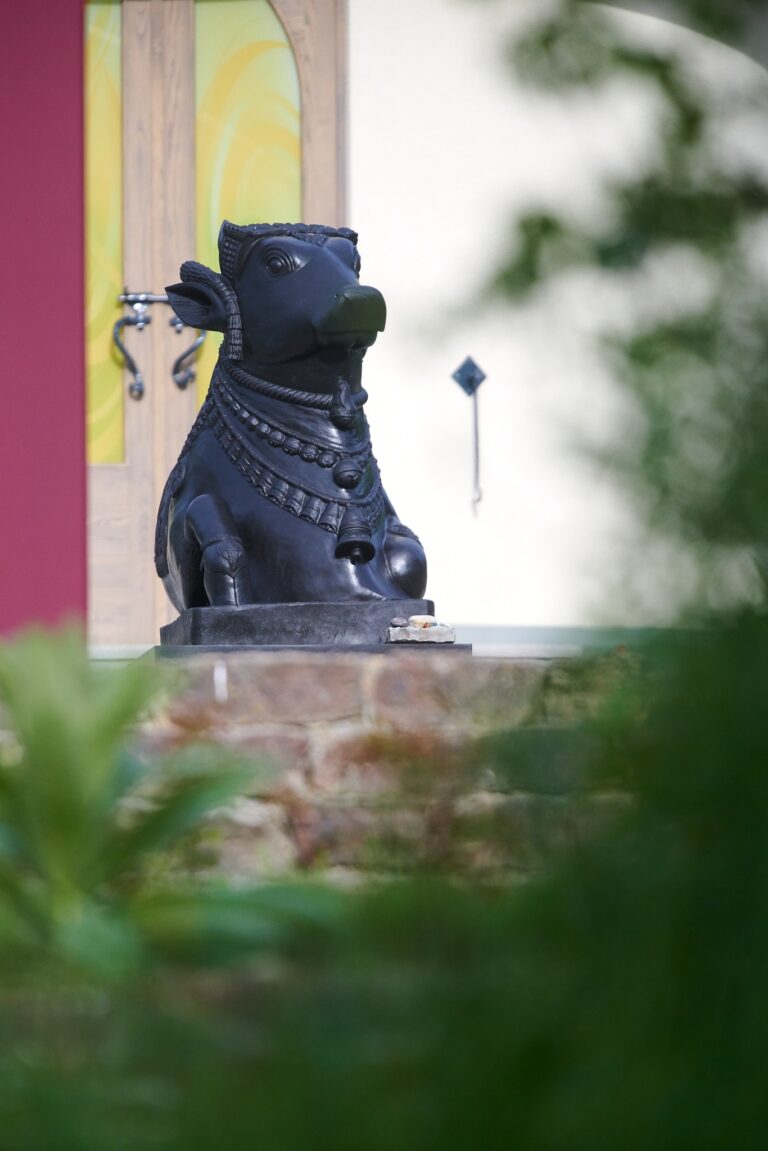 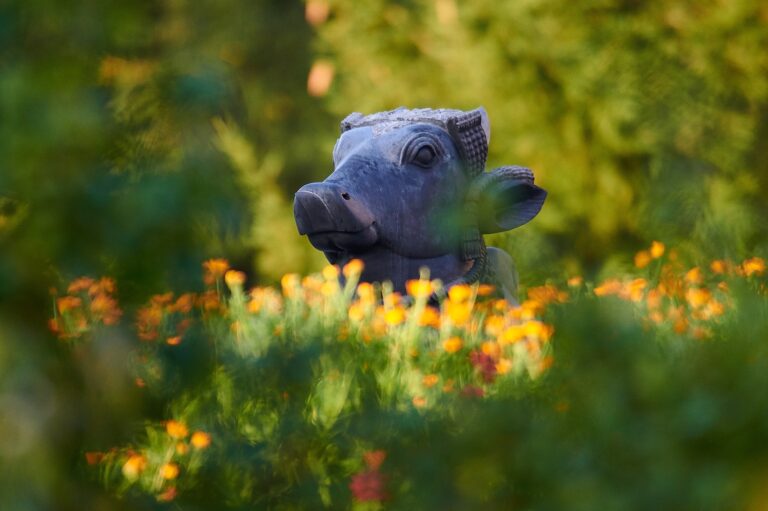 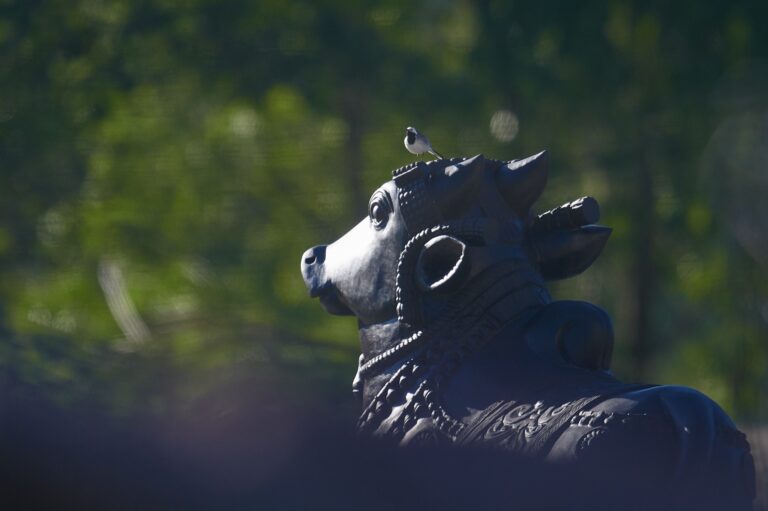 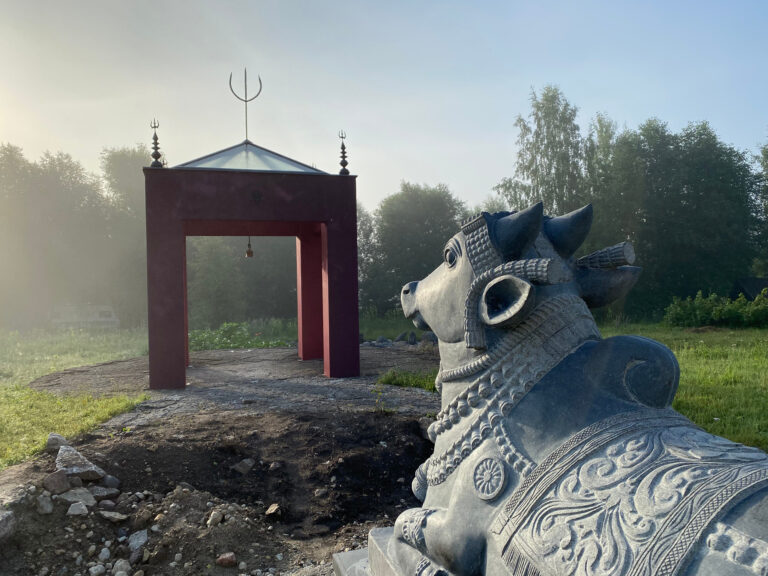 The Maha Munindra temple was built in 2002 based on a vision Ingvar Villido Ishwarananda received in deep meditation. Inside the temple there is a statue of a legendary yoga master “old Haidakhan Baba”, who lived in the Himalayas in the 19th century. He represents the ultimate goal of human development as he attained absolute perfection and became a Siddha. The name Maha Munindra means infinite wisdom.

The clarity which is experienced in and around the temple helps to formulate and silently receive answers to important questions in life. You can also enter and meditate here. 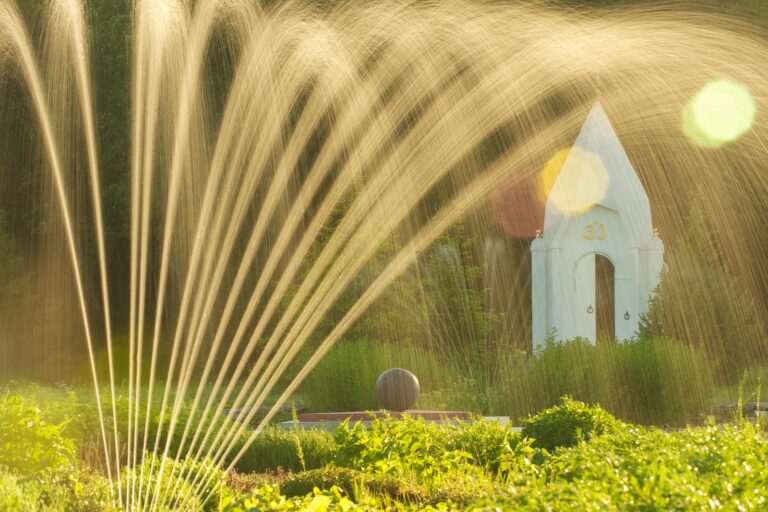 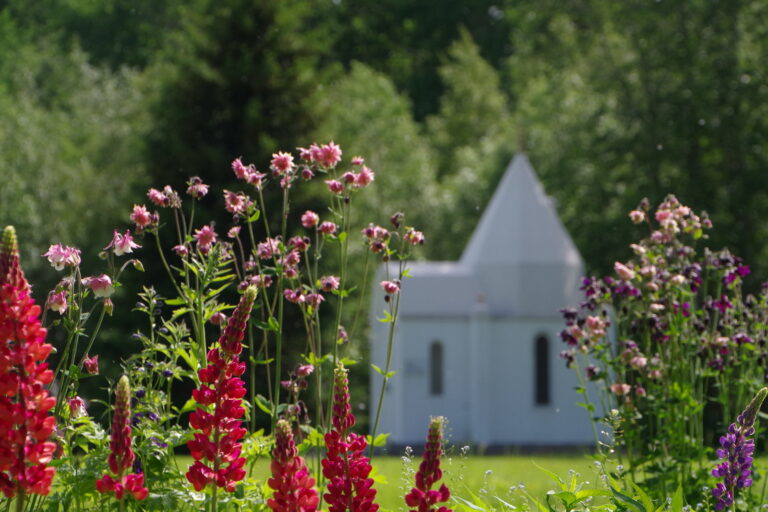 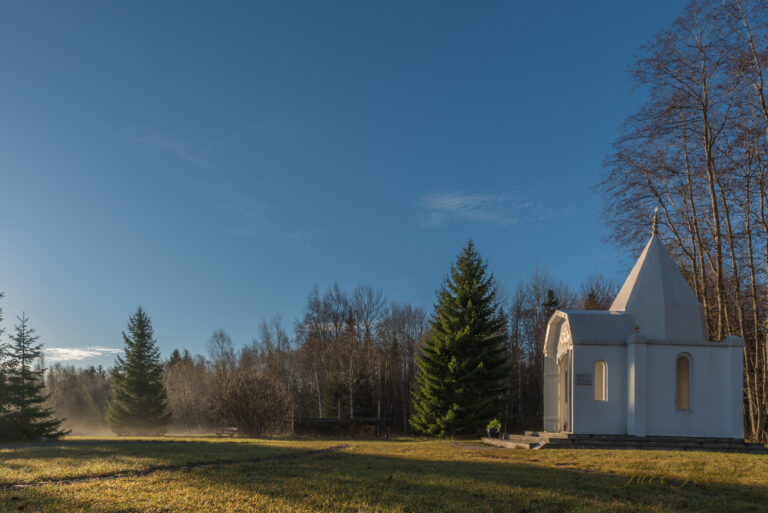 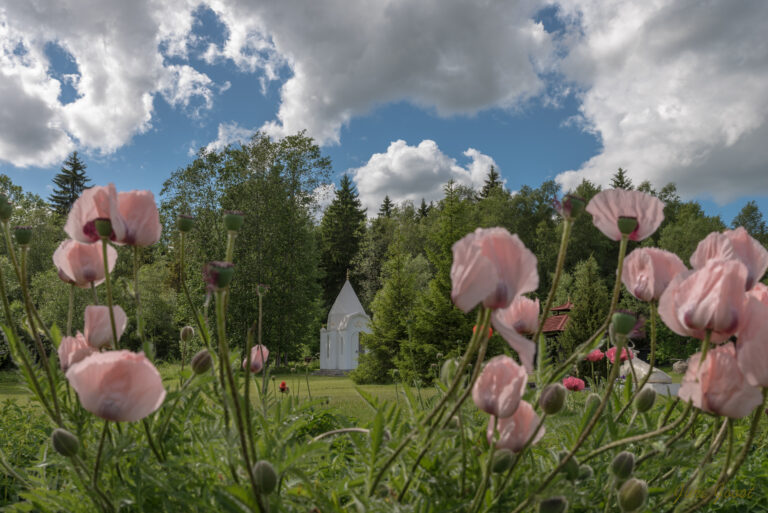 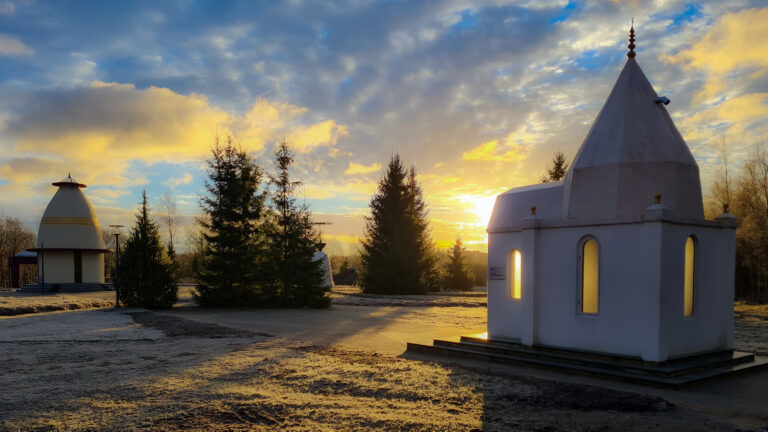 Temples of the nine planets

In 2022, nine small temples connected to different planets were opened in Lilleoru. All planets in our solar system affect each other through their gravitational fields.They also have an impact on all life on Earth. Siddhas knew these influences and developed technologies that enable people to balance the effects of the planets in their lives and achieve greater harmony.

The first is the Sun (Surya) Temple, where your visit or pilgrimage to planetary temples begins. Since the Sun is the center of our solar system, it is called the ruler of the planets. All energy, light, and heat that make life on our planet possible emanates from it. Realizing the role of the Sun helps you develop a respectful attitude towards it and also other forces of nature. Temples of the planets are located in specific spots all over Lilleoru territory and connected to each other via footpaths. 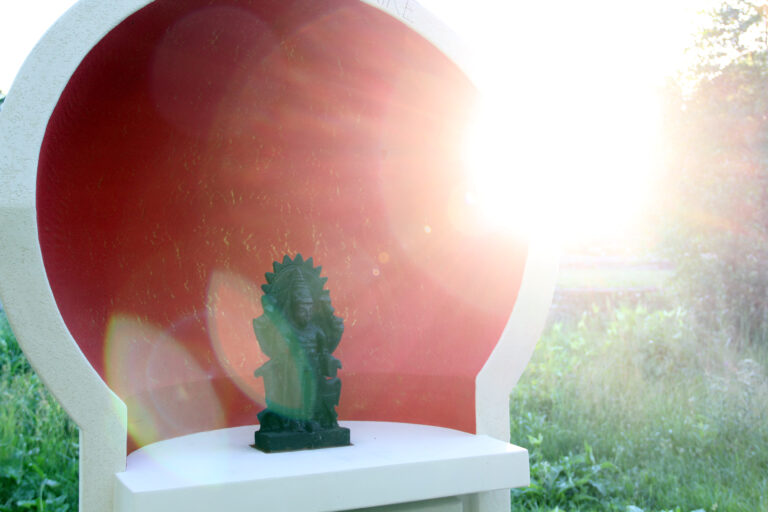 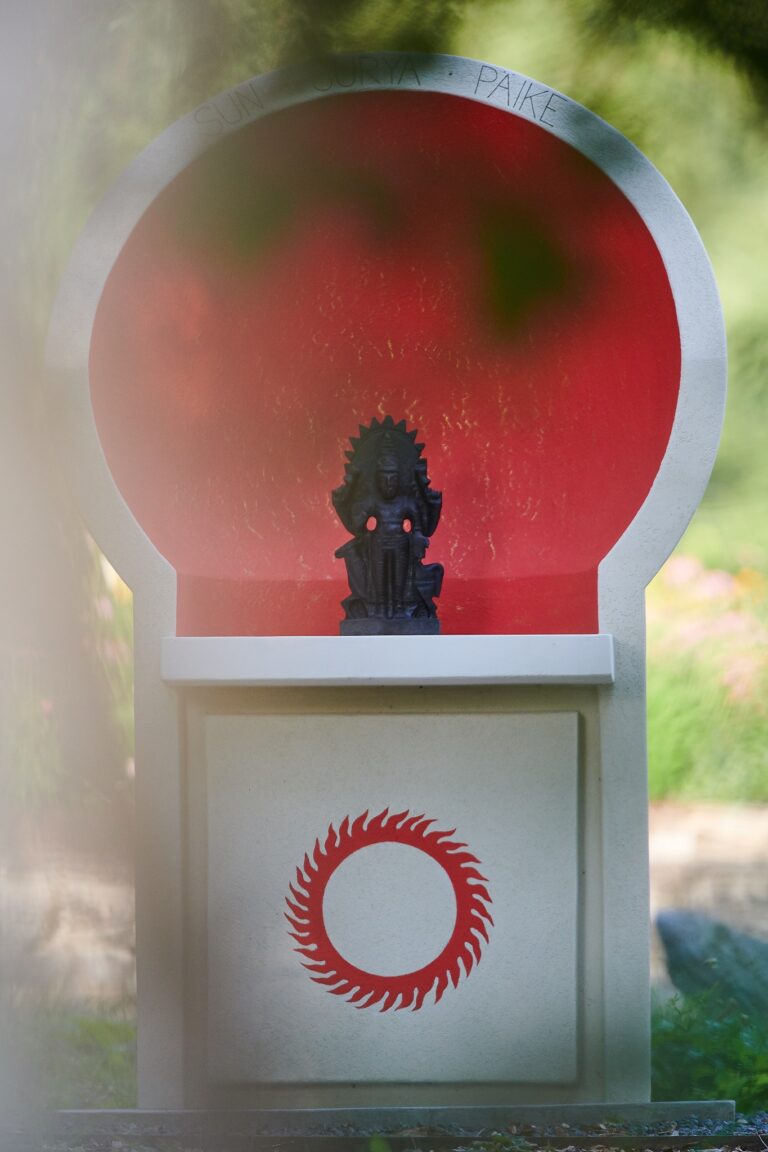 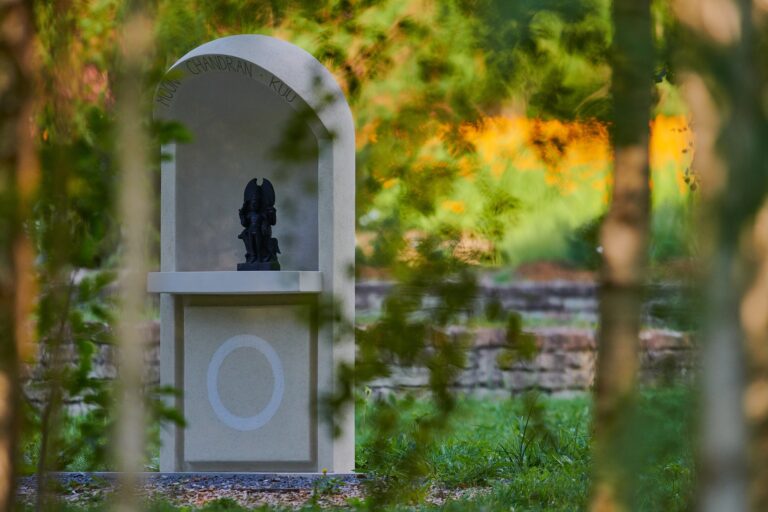 Opening times:
Ishwara temple – daily from 12 to 2 pm
Temple of Maha Munindra – approximately from 8 am to 12 and from 4 pm to 9 pm, depending on the season
The Flower of Life sanctuary and the temples of the nine planets can be visited at all times.
Ask for more detailed instructions upon arrival.